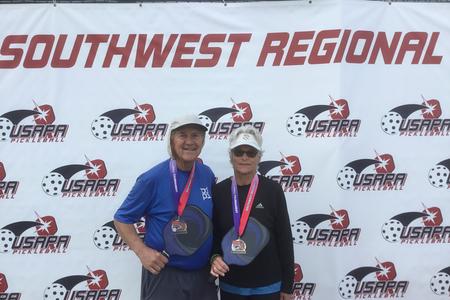 Leslie Shaughnessy and her women’s doubles partner, Caroline Wehdetook the gold in 3.5 50 plus at Goodlife Pickleball Tournament in Mesa on Wednesday January 30, 2019 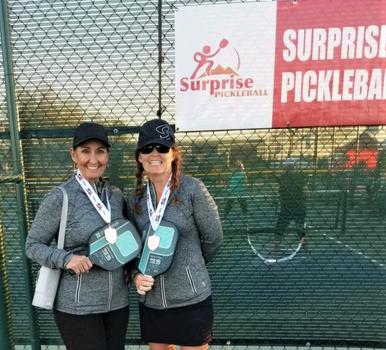 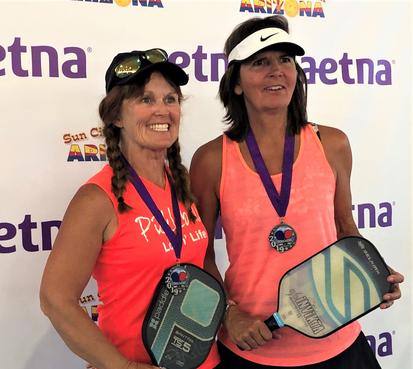 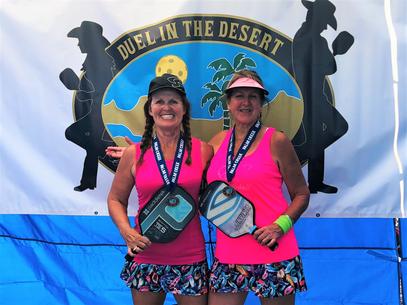 VP Mark Sansone and Rocky Zucco
won the Silver in Men's 3.0 at Sunland Springs Village
Tuesday, February 26th ...Mark said he won it for Ginny for her birthday 🎉. 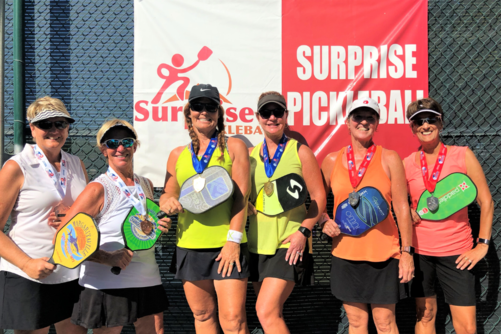 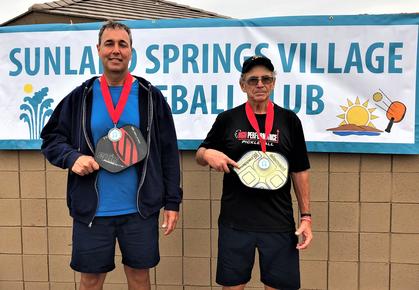 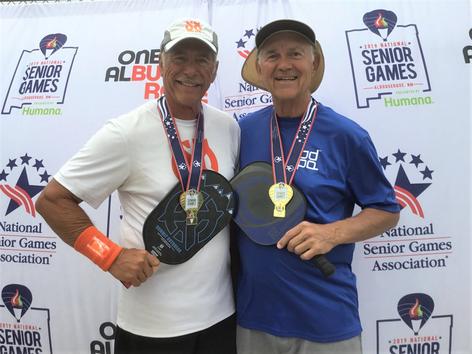 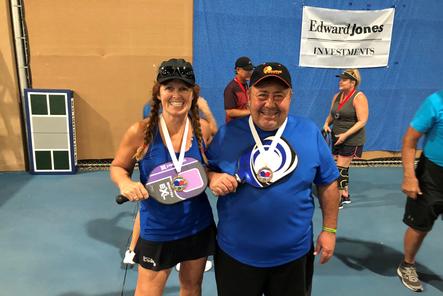 Members Rocky Hessen and Leslie Shaughnessy won the Bronze Medal in the 3.5 - 50 plus at the Pickleball Round Up

Carol Lazarus and her women’s doubles partner, Gina Buchanan took the bronze in 3.5 50 plus at Goodlife Pickleball tournament in Mesa on 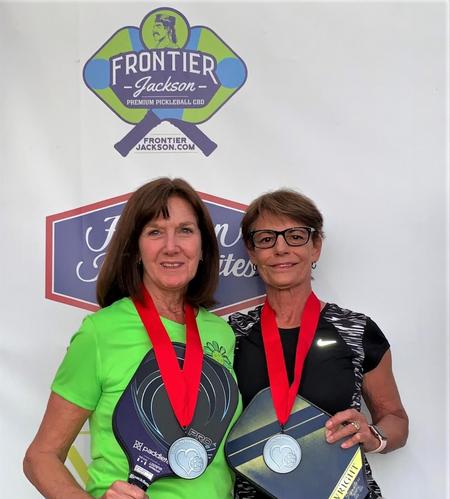 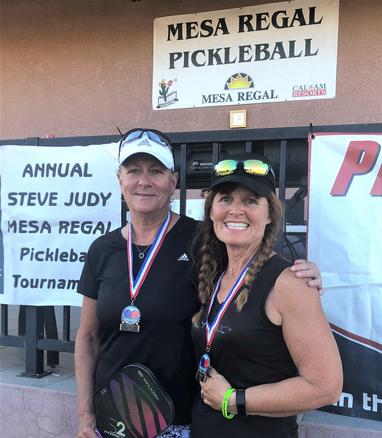 Member Don Simmons and his partner Lyla, on winning the Silver Medal on Saturday, November 3rd at the USPA National Tournament in the 5.0 Division, 70 Plus.Don is scheduled to play Men's Doubles on Monday at Indian Wells Tennis Garden, CA. 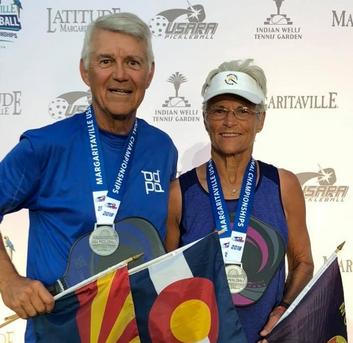 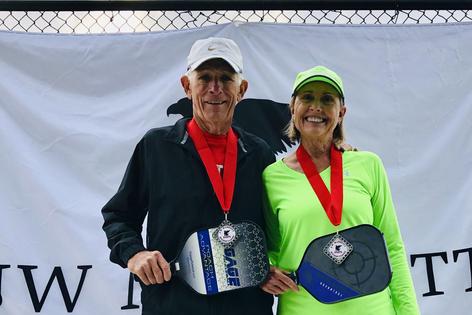 Won Bronze 3.5
at the Mesa Regal Tournament  in Mesa, AZ 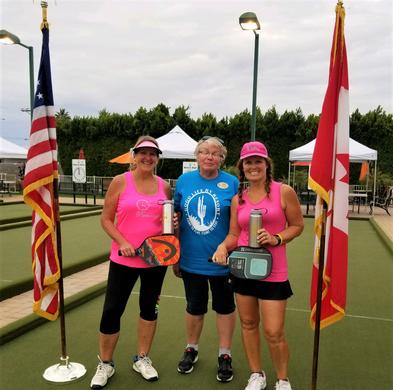 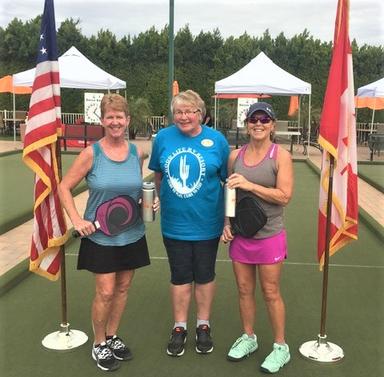 Congratulations to  member Don Simmons and his partner, Carl Tietze who won the Gold Medal on June 22, 2019 at the National Senior Games in Albuquerque, New Mexico.